My tales. My stories. My videos. Basically, my impression of working as a realtor in the world's largest city.

Finding an Apartment in the "NEW" Brooklyn in 30 days or less!

To say I was still in a 1980s state-of-mind as I looked for a decent apartment in Brooklyn would be an understatement. What did I know? The last time I even rented an apartment was 1993 at the age of 23. Back then, my one-bedroom in a Bedford-Stuyvesant brownstone was only $625 plus utilities.

In my quest to find a new apartment, I coveted what I knew and began at that apartment--where I had fond memories.

​On a chilly morning, I arrived there expecting to ring the doorbell instead, I found Sarah, a twenty-something hipster from Nebraska sitting on the steps on her phone without a care in the world.   I introduced myself.  We spoke. I asked whether she knew Ms. Bae.  “Oh I think she died or moved. My landlord is a man from Pennsylvania."  Sadness came over me.
Ms. Bae, who was already in her 60s when I lived there likely died of old age.  She was a proud Jamaican woman who took care of the house like a palace. Having lived there since the 1960s, she also knew everyone on that street and your business was definitely hers. 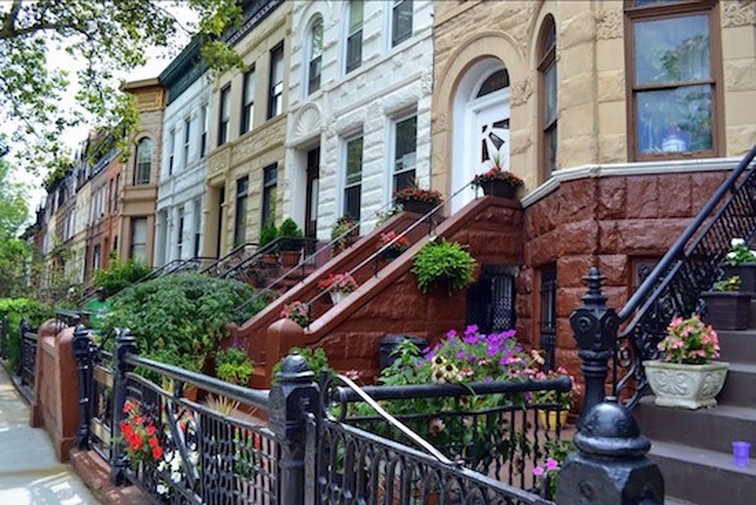 Although cool,  swift gentrification of neighborhoods like Bedford Stuyvesant, Bushwick, and Crown Heights has forced many of the residents to leave and give up on Brooklyn and New York City all together. Many are moving down south, back to the Caribbean, to Staten Island and even the Bronx.

Their cry, “The rent is too damn high!”

According to a report by Street Easy, neighborhoods like Cobble Hill and DUMBO (Down Under the Manhattan Bridge Overpass) have already surpassed Manhattan rentals.  The median market rate for Brooklyn is presently $2,968. ​​
​
I went to look next door to Bed-Stuy in an area called Ocean Hill.  For $1,700 I could live in this gem, complete with instructions for the building's main entrance: “Please close door.” I'm also pretty sure, the garbage cans should go outside of the building.
For $1,600 I could rent a two-bedroom modular home (aka trailer) which someone decided to attach to the side of their multi-family building located on a busy thoroughfare. The listed only showed the inside which was modern and very clean.  I told the showing agent, it lacked being secure and needed a fence.  The next day he emailed me:  "In our staff meeting this morning, I brought up your idea of a fence, can you elaborate a little more about what you meant?" I was speechless. ​ 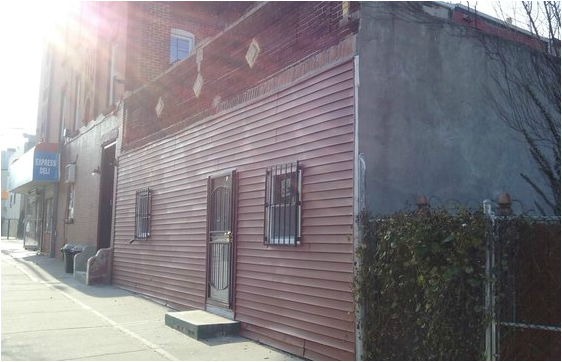 Family members who are police officers warned me, “Safety is first.”  With each address I was required to look up the area's police precinct. “You want to live in an area with the least amount of murders—period.” That almost deleted the areas where some other family members have lived for nearly 50 years--East New York and Brownsville.  Although, I grew up in Harlem and the Bronx (Go Yankees!), Brooklyn was as familiar--I even married a guy from Brooklyn and we started our family there.

Visiting my working class relatives day or night is not a problem for me. I want to believe they are safe behind their iron fences, gated windows, triple-bolted doors and with their legal gun licenses. The neighbors all know each other.  I watched kids become adults.  We celebrate high school graduations and Brooklyn still gives the best block parties in the city! Their homes, consist of modernized modular houses, courtesy of housing programs from Mayor Ed Koch from the 1980s, and traditional large row houses complete with their own backyards and private driveways.

Yet, I couldn't change the current facts.  According to the 2015 NYPD crime data report, last year the 75th Precinct (East New York and parts of Brownsville) had the highest number of murders in Brooklyn (18 out of 139) and the most sexual assaults out of the five boroughs (56 rapes). Ouch.

The rents were affordable. I went anyway.

One late afternoon, a realtor met me to show a two-bedroom for $1,800 on Berriman Street, I had found online. My plan, share the NYPD stats and get the apartment for $1,600.  It was perfect on the inside.  Washer/ dryer hook-up, granite counters, hardwood floors, fresh paint, recessed lighting, all new appliances, nice size bedrooms, video doorman (aka intercom) and only two blocks from the subway.  After viewing, I stopped to chat with two police officers sitting in a squad car. “Move to Queens," I was told over the sound of sirens and blazing police helicopters. I had to admit, the noise was annoying.  Is this like this all the time I asked? "Yep," one replied. Moving on. The nice realtor, whose middle-eastern name I cannot recall wore a designer suit and drove a late-model BMW.  He seemed nervous after the chat with the officers.  He politely told me he had to go and said because,  “The sun is setting.” Heavy sigh.

During my travels, I met five Black realtors and only six Black property owners out of the 43 properties I had visited in majority-Black neighborhoods. I met with owners, who were seemingly holding out to rent only to only a certain type of person and that shockingly included Black property owners. Everyone, it seems, wants to pull in the maximum amount of rental as possible.

“Renters are really swimming with sharks,” said Luciane Serifovic, director of rentals at Elliman. “We don’t even have to advertise our apartments anymore. We have clients lined up waiting for vacancies.”

Relief for me came-- just in time to say "Merry Christmas."

I moved to Midwood/Flatbush, a mostly Caribbean and Orthodox Jewish enclave known for its quiet tree lined streets, synagogues and close to the "Junction."   My apartment was advertised as a three-bedroom for $2,000. The listing rental agent forgot to leave out the owner had turned, what should be the living room, into bedroom number three. So I talked the owner down to $1,900 and during the winter you are in a better position to negotiate as the rental market is slow.

So other than not being able to put a full sofa set anywhere, it’s a great apartment in a changing neighborhood with a new Starbucks. My apartment does not need any door or window gates, there are no helicopters and the police only put on their lights, not sirens, within one of Brooklyn’s safest precincts.

For three weeks, I traveled throughout Brooklyn as if I were creating a new map for the city’s planning department. I worked the phones, online postings, walked into countless real estate offices, countless buildings to speak with managers, and put in too many applications to count. I spoke to postal workers, bodega owners, traffic cops, went in hair salons, barber shops and I traveled around and looked for people loading moving trucks.  Wait, I thought. I was doing the job of a realtor.

So I decided to become one—AGAIN. In addition to a great apartment hunter, I am also a former New Jersey realtor, and a three-time homeowner where I’ve made some pretty great deals for myself.  So after I settled in, I studied, took the required 75-hour course and passed the New York State Real Estate exam in March.

Disclaimer (My lawyer says I have some things I need to tell you)
The views expressed on this site are my own and do not reflect those of my employer or its clients.  The content here belongs to me, myself and I.  All data and information provided on this site is for informational purposes only. Me, Simone Joye and the Eford Group International, nor any others makes any representations as to accuracy, completeness, currentness, suitability, or validity of any information on this site and will not be liable for any errors, omissions, or delays in this information or any losses, injuries, or damages arising from its display or use. All information is provided on an as-is basis.
Do me a favor! If you want to use content on your own site, that's probably cool--just give credit where credit is due.  Copyright and trademark laws infringements mean a lot and I really do not want to sue you.